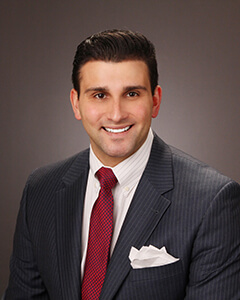 Joseph DiVincenzo’s business development expertise stems from a diverse background working in insurance, government affairs, and both public and private education. Born and raised in Nutley, NJ, Joseph attended Nutley High School and went on to graduate from Montclair State University with a BS in Biology and a Masters in Educational Leadership. He also currently holds a position as an Employee Benefits Consultant at Fairview Insurance Agency.

Beyond consulting, Joseph is also a distinguished education professional. He began his education career teaching elementary and middle school students at the Robert Treat Academy. After eight years of teaching, Joseph became an Education Specialist for the NJ Department of Education. He was later appointed to Assistant Principal at the Essex County School of Technology in 2015, a position he still holds.